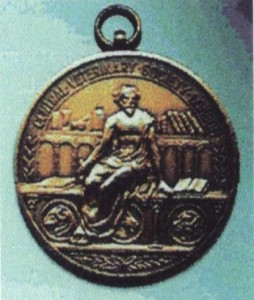 The Victory Medal was established in 1919 to celebrate the Allied victory in the First World War, when the veterinary profession was responsible for the welfare of over a million horses.

The medal is awarded for outstanding contribution to the Society or the Veterinary Profession as a whole.  Initially this was awarded annually. There is currently one medal remaining and its future is under review.

This prize was established in the Central Veterinary Society’s centenary year: 1970. Initially this consisted of an essay competition, later this became a lecture. Currently the Centenary prize is awarded to the speaker who delivered the best lecture of the previous lecture series and consists of a cheque for £100. This prize is not necessarily awarded every year.